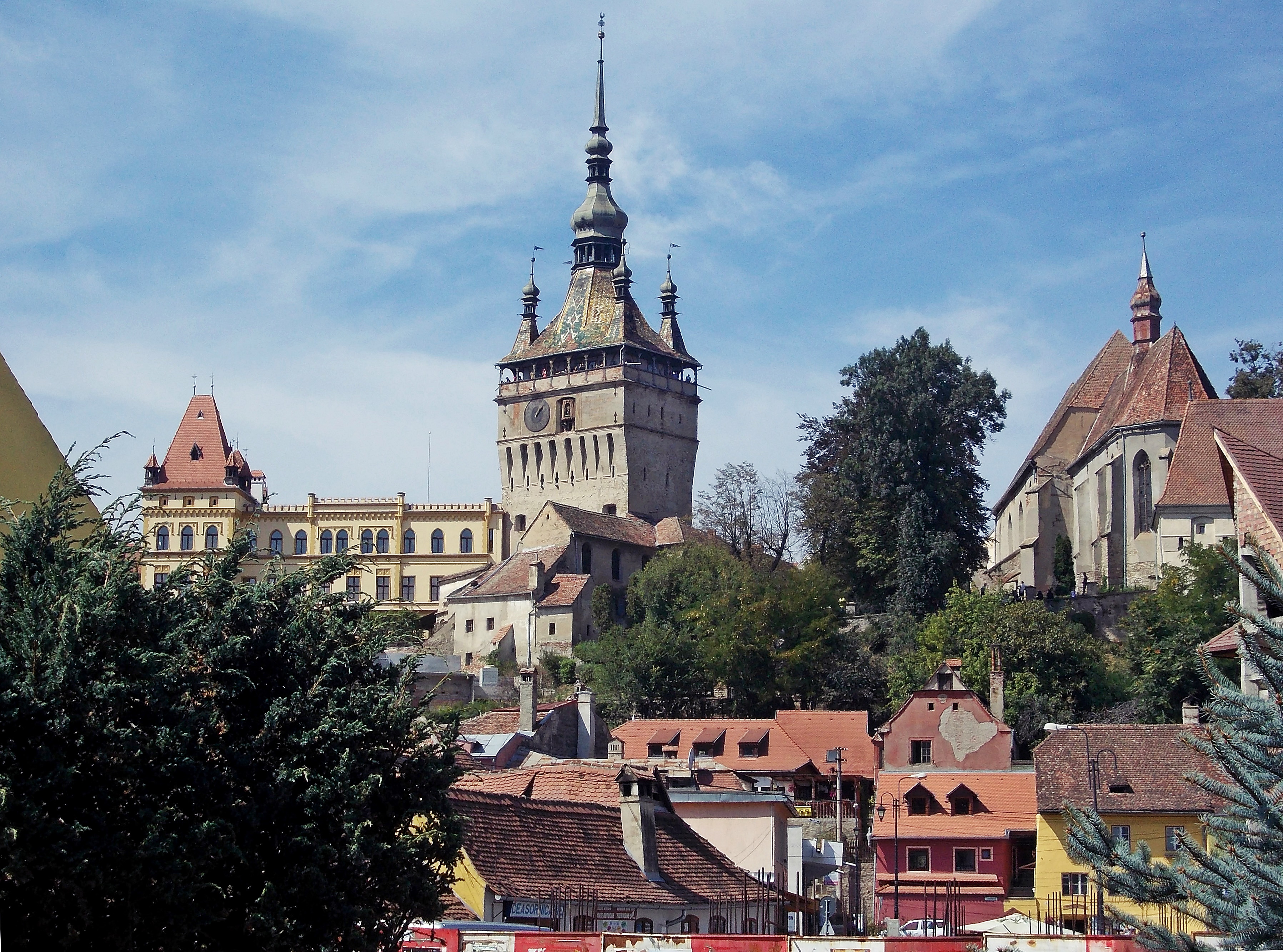 First attested in a document in as part of a Dominican monastic settlement, the church became the Saxons' main Lutheran church in The monastic complex demolished in and its place was taken by the present town hall.

Only the church has remained from the original structure. Built in late-gothic style typical of the hall-churches, with two naves and two rows of pillars, the church was restored in the 15th century and then again in the 16th century after the big fire of The last repairs were done in and , when the church acquired its present-day look.

Inside the church, you can admire some valuable artistic objects, such as the bronze font dating back to , the stone doorframe carved in in Transylvanian renaissance style and built into the northern wall of the church, the collection of 16th and 17th century Oriental carpets, a baroque organ and a fine altarpiece from Classical and baroque concerts are often held here.

Address: Piata Cetatii Open: Mon. To the north of the Clock Tower stands one of the most representative gothic-style structures in Transylvania, the Church on the Hill - so called because of its location on the School Hill 1, ft high.

First mentioned in a document in and superposed on a former Roman basilica, its construction lasted almost years. Initially a Catholic church, it became the main church of the Saxon inhabitants of Sighisoara, who had shifted from Roman Catholicism to Lutheranism after the Reform.

The gothic altarpiece dedicated to St Martin dates from and was painted by Johann Stoss, the son of the renowned sculptor, Veit Stoss from Nürnberg.

The three wood-carved coats of arms, found in the anterooms of the side naves, belonged to Mathias Corvin and his wife, Beatrix, the Transylvanian prince Stephen Bathory of Nyir and the king of Poland and Hungary, Wladislav the 3rd.

The church is reached by a covered wooden staircase known as the Scholars' Stairs. Opposite the church is the main entrance to a serene Saxon cemetery open daily am - pm.

Located at the end of School Street and connecting the Citadel Square with the Church on the Hill, the Scholars' Stairs, or Schoolboys' Stairs, as it was also known, makes for an interesting piece of medieval architecture.

Built in , the covered stair-passage was meant to facilitate and protect schoolchildren and churchgoers on their climb to the school and church during wintertime.

Originally, the stairs had steps, but after , their number was reduced to Address: Str. Cositorarilor 5.

The Vlad Dracul House is located in the Citadel Square, close to the Clock Tower. This ocher-colored house is the place where Vlad Tepes, the inspiration for Bram Stoker's famous Dracula, was born in and lived with his father, Vlad Dracul, until when they moved to Targoviste.

A wrought-iron dragon hangs above the entrance. The ground floor of the house serves as a restaurant, while the first floor is home to the Museum of Weapons see museum details.

For his deeds, the Order of the Dragon was bestowed upon him, hence the title Dracul the Latin word for dragon is draco. While in medieval lure dragons served as symbols of independence, leadership, strength and wisdom, the biblical association of the devil with the serpent that tempted Adam and Eve, gave the snake-like dragon connotations of evil.

Thus, the Romanian word Dracul stands in English for both dragon and devil. Recent restorations revealed an external mural depicting the stag's body.

Nowadays, the building houses a hotel, with a ground floor that doubles as a cellar bar. Built in the 16th century, the house was later restored in Venetian gothic style with the upper part of the windows forming a three-lobe arch.

The half-mile defense wall was initially provided with 14 towers, of which nine have been preserved to this day.

Among the most impressive are:. Dating from the 13th century and standing above the pre-Saxon citadel walls, the Ropemakers' Tower is one of the oldest buildings in Sighisoara.

Its role was to defend - together with the Goldsmiths' Tower - the northwest corner of the hill. Nowadays, the tower is the home of the caretaker of the Saxon cemetery, located next to the Church on the Hill.

This imposing tower was raised in the 14th century by the richest guild in town. Initially as tall as the Clock Tower, its upper part was destroyed in the fire, when the town's gunpowder deposits, located here, exploded.

The Tailors' Tower, with its two vaulted galleries which used to have huge oaken gates with an iron lattice, also serves as the second access road into the citadel.